Get Python docstring with ast

Getting docstrings from python's ast is far simpler and more reliable than any method of regex or brute force searching. It's also much less intimidating than I originally thought.

First you need to load in some python code as a string, and parse it with ast.parse . This gives you a tree like object, like an html dom.

You can then use ast.get_docstring to get the docstring of the node you are currently looking at. In the case of freshly loading in a file, this will be the module level doctring that is at the very top of a file.

Walking for all functions

To get all of the functions docstrings we can use ast.walk to look for nodes that are an instance of ast.FunctionDef , then run get_docstring on those nodes.

ast.walk docs: Recursively yield all descendant nodes in the tree starting at node (including node itself), in no specified order. This is useful if you only want to modify nodes in place and don't care about the context.

Here is an image of me running this example through ipython . 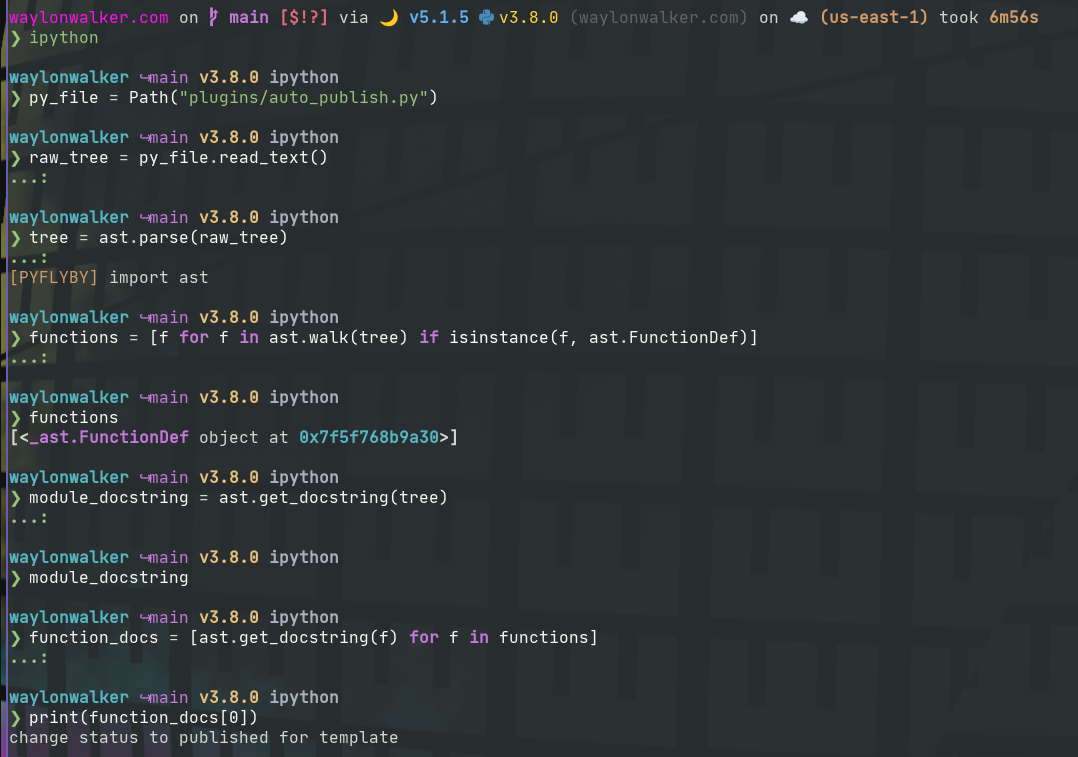 How I setup a sqlite cache in python